skip to main | skip to sidebar

show us your edmonton day two! 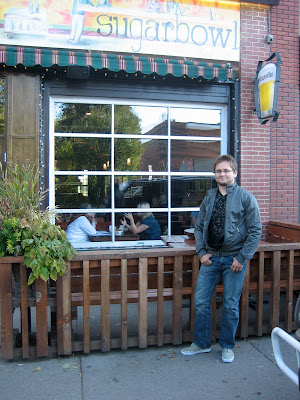 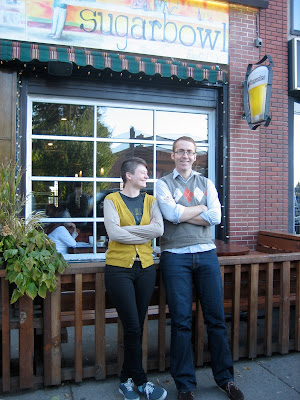 We met Jacob at the Sugar Bowl this morning! He's a super sweet guy who works as a programmer for a company called Media Shakers. He's got a great sense of humour and the Sugar Bowl was a really great place to eat, coincidentally it is right next to the High Level Diner (where we were yesterday) I ate a mushroom and bacon omelette, Jacob had a really delicious looking eggs Benedict and robin ate a half cinnamon bun and a fruit salad.

Jacob also talked about Edmonton's parks and how they really are a gem in the city. i have to agree. Jacob sent us to Terwillegar Park. He also made a few night time suggestions, including Blues on White which I might try to go to this weekend. Terwillegar Park is huge, and absolutely beautiful, we hiked around and I took 60+ pictures, I have chosen a few that best represent the day. The park is popular among dog owners so i got to pet a lot of dogs on the trails. We also found some deer tracks but no deer. On the way back to the van we did a little trail blazing and just trekked though the woods.

we had a really nice time. and this is Robin's version of the day. as well as our always improving podcast! 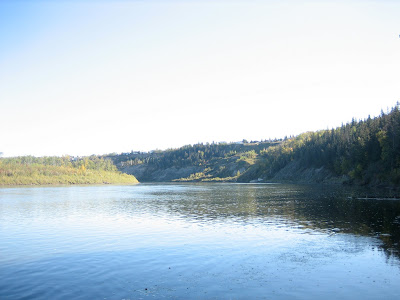 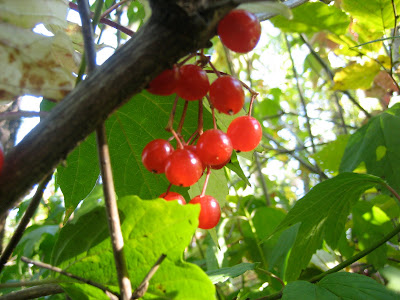 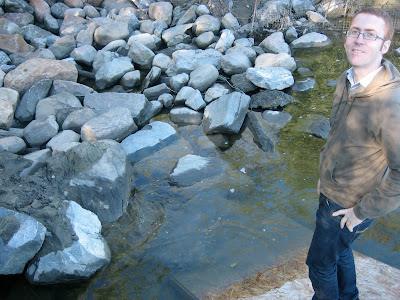 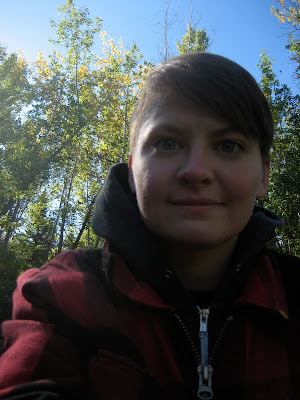 Labels: show us your edmonton

brette gabel
Brette Gabel’s work spans a variety of media as she strives to carry out an ongoing investigation of boundaries of comfort and discomfort experienced during seemingly quotidian moments in time. Gabel recently completed an MFA in interdisciplinary studies at OCAD University. While her practice engages with performance, video, drawing and sculpture, her work is primarily situated in textile and craft practices. Brette has participated in art residencies in Regina, Saskatchewan, Windsor, Ontario and Wassaic, New York. Her work has been exhibited nationally and internationally.